Youngsters at a Bishop Auckland school are delving into the past to secure their heritage for the future. 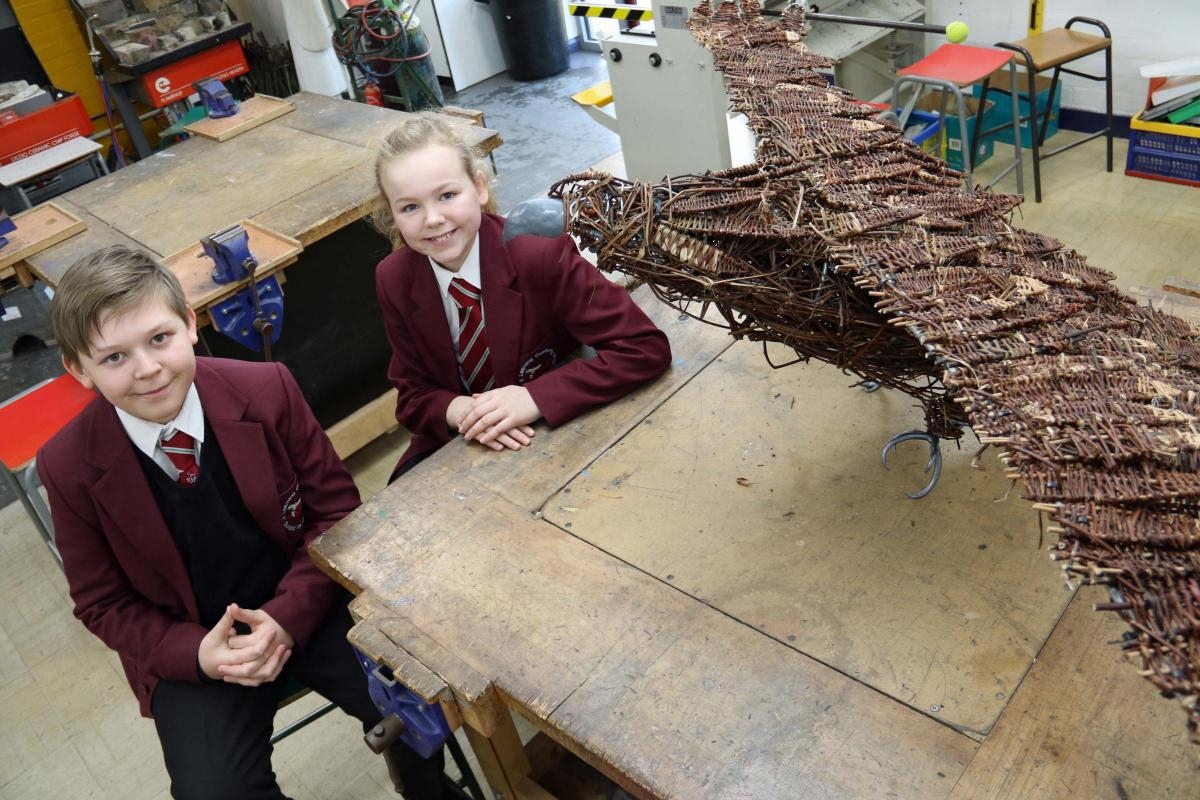 Academy arts co-ordinator Jaquie Holloway said: “The aim is to help our students develop their knowledge and understanding of local heritage, be aware of what is on their doorstep, learn to value it and hopefully find ways of protecting it for the future.

“We have had an overwhelming response from staff and students of all ages who have been involved in areas they would not normally have the chance to experience. I am thrilled with how the projects have grown and we hope to develop them further to leave a lasting legacy.”

Projects include a fish sculpture made from plastic rubbish collected by students on a visit to Seaham beach as part of a science project looking at recycling and power generation.

Year ten student Elizabeth Dent, 14, said: “We were amazed how much rubbish had been washed up on the beach; there were loads. It was nice to think that we cleared a little bit and were able to make an art installation with it.”

Languages students visited Hamsterley Forest and are creating leaflets to help French and Spanish exchange students, while others are producing a mini-newspaper for Stanhope Show promoting the importance of agricultural events in the dales.

Having studied accents in Weardale, English A Level students are working with Northumbria University to map geographical dialect changes.

Another group studied willow-craft to produce a life-sized eagle matching the school badge. Art and photography students did a guided walk through Slitt Wood, West Rigg Mines, farm and moorland, before producing landscape paintings of the landscape on which an array of local wildlife will be superimposed. Others visited Cockfield Fell to see the signs of iron-age settlements, coals mines, the railway and viaduct to inspire their work which will be printed on fabric and hung on washing lines and the side of a pigeon cree, reflecting the traditions of the area.

History students produced a map of Bishop Auckland showing where the fallen soldiers of WWI once lived, while technology pupils have been producing traditional crafts from steel and classmates have been working on fabric proddy-mats based on local folklore.

Two other groups have studied inspirational people, including Ellie Langley, a self-sufficient wool artist from Ireshopeburn, who helped them create a wool draughtsboard.

Students’ work will be exhibited at a Celebration of Achievement event at the school on Wednesday, February 13 at which Jane Ruffer, of the Auckland Project, will be guest of honour among a host of visitors including staff, students and families. It begins at 6.30pm and features Cream Teas, a traditional band from Teesdale.