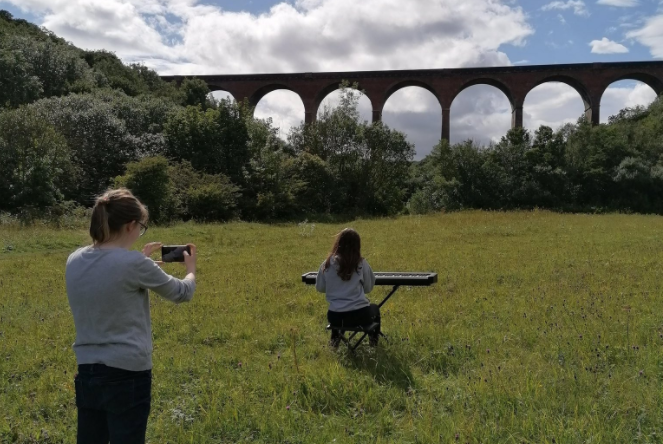 A dozen young women have produced their first music video despite lockdown.

The young women then worked with filmmaker Sarah Dunn to script, film and edit the final video.

Clara Shield, who chairs the board of the academy, said: “They loved Lottie’s song, and it’s easy to understand why. The project has enabled them to explore mental health in a creative way.

“It’s been challenging doing everything through Zoom but it has given the girls a focus when they’ve been bored or things are difficult at home. While so many things have stopped, we’ve been able to keep going and give that continuity.

“One of our members, Katie, was even able to film Lottie playing her keyboard on location and the shot is really beautiful. She has a natural eye for composition.”

“What’s interesting is that for some of our members, meeting online is better. Joining a group face-to-face would make them very anxious but we’ve been surprised to actually get new members who’ve seen us on social media. In that sense, it’s been a much more equal way of working.”

Clara added: “Having that funding has been great because we knew we could keep going for the full year.”

As well as keeping the Saturday Club running, the Academy sent their members a summer holiday activity pack with a film to watch. Members were also encouraged to make films of their lockdown experience.

To watch more films from the Academy’s members, click here.