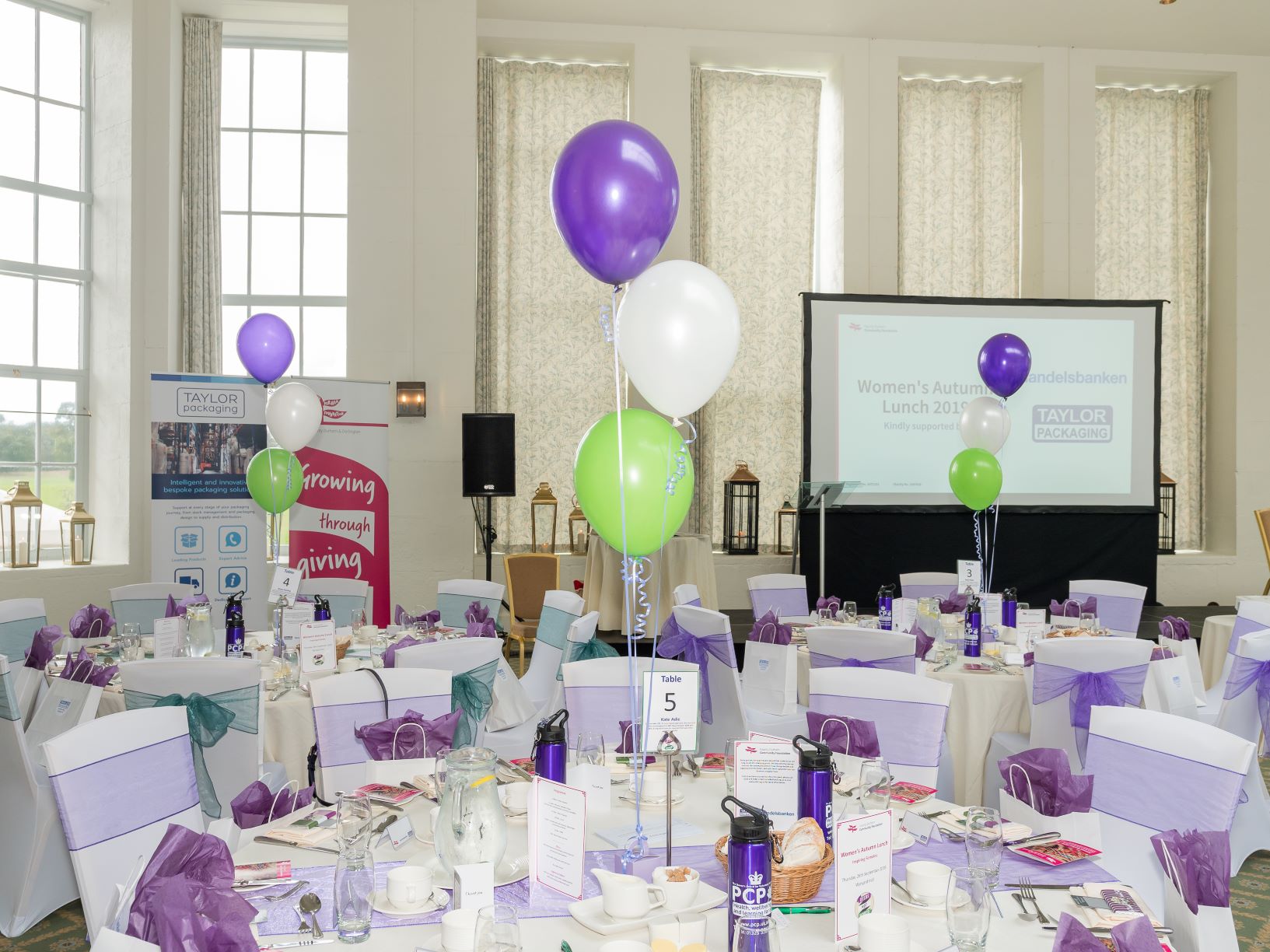 Locardia Chidanyika from Women Today, Fiona Taylor and Emma Zenaj from Building Bloxs and Linda Kirk and Debra Rogan from Just for Women all shared the impact of their projects at the Suffragette-themed event.

Chief executive, Michelle Cooper, said: “It is genuinely humbling to hear from these incredible women, who make such a difference to our communities.

“We were privileged to award £3.1million in grants last year, but people are often surprised to know that the average grant awarded is less than £5,000. “I think that is testament to the immense power of these groups, who can achieve so much with a relatively small amount of money. It’s been wonderful to celebrate their hard work.”

More than £2,500 was raised on the day at the event, which was sponsored by Handelsbanken and Taylor Packaging.

Michelle added: “Although this is not positioned as a fundraising event, we use the valuable funds raised to support our charity’s work and our grant programmes like the Community Action Fund, which gives back to these tremendously effective grassroots groups.”

Building Blox, in Stockton, was founded by Emma Zenaj and Fiona Taylor to support mums with children who have additional needs.

Emma said: “We were really inspired and empowered by what everyone else is doing. So many groups are going above and beyond out of sheer passion and purpose.

“We started off wanting to do workshops and courses and offer a chance to self-educate. Very quickly we realized that the parents coming to us were isolated, had poor mental health and alarmingly, had no self-care whatsoever. “They were doing everything for their children, and nothing for themselves. Our job is to help them see that they need to look after themselves too, so that they can become mummies again, and not just carers.

“One mum came to us and she’d been let down by a lot of people. We had the time to work with her and build that trust and now I don’t recognize her. She has friends here, and she is even able to support them. There’s so much positivity with what we do and it really is life-changing.”

The Cheesy Waffles project, who are also supported by the Foundation, led the lunch with a rousing Votes for Women march around Wynyard Hall, wearing historic suffragette costume.

Caroline Theobald CBE, managing director of the Bridge Club, hosted the lunch, including a Dragon’s Den-style interview with groups supported through the Foundation such as St Johns Hall, Beamish Museum and TCR the Hub.

View photos from the lunch here