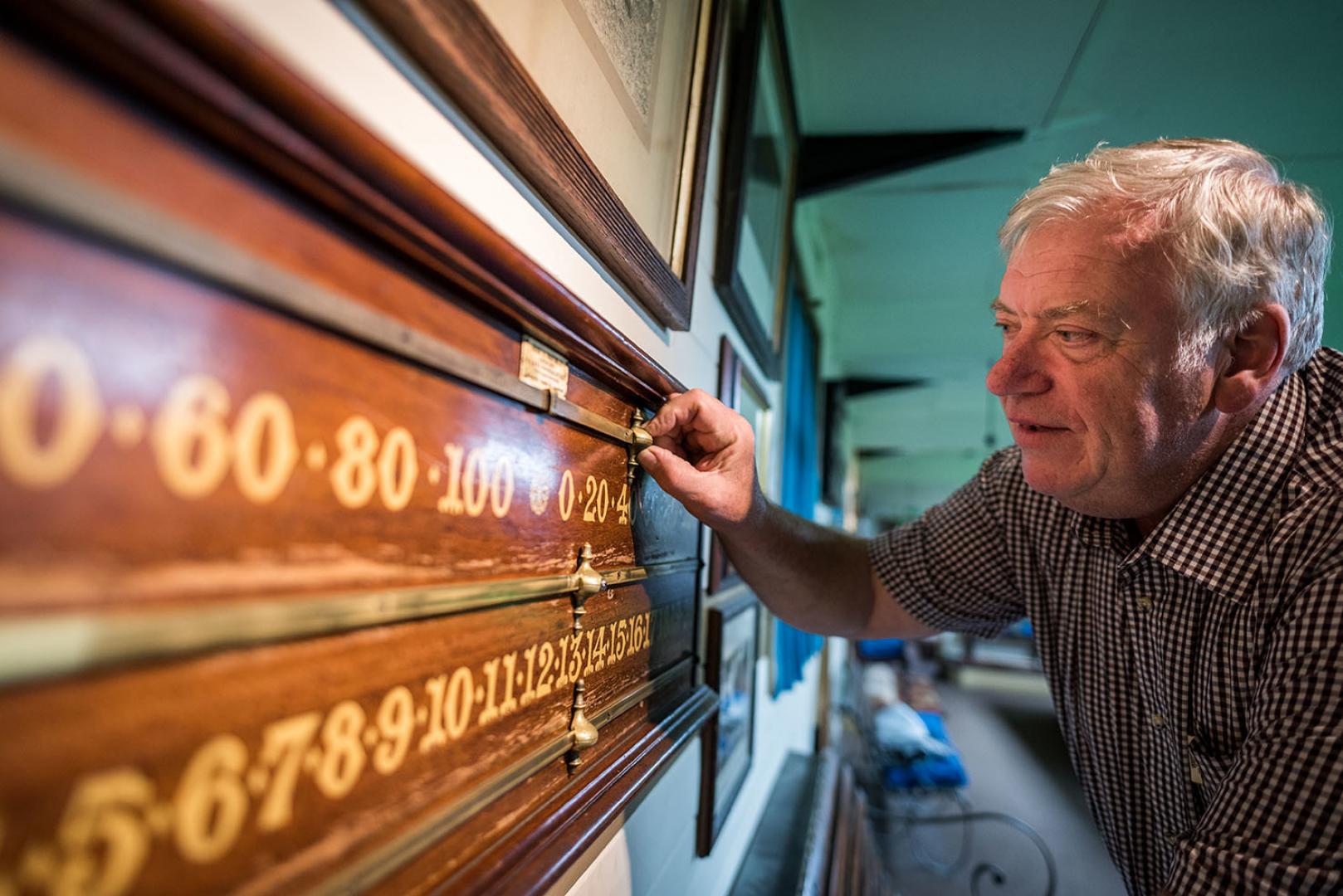 A Barnard Castle snooker club that was on the edge of closure a few years ago is getting a facelift thanks to two grants.

Teesdale Wanderers Club, in Birch Road, was founded in 1922 but had been in decline with dwindling membership and dated equipment.

But chairman David Dye has helped to double the membership to 106 players.

The club has also recently received grants to refurbish the tables and rebuild the walls of the wooden hut. Members have also carried out work to revamp the rear area, created a small office space and tidied up the toilet and kitchen.

Mr Dye said: “When I first came here in 2014, there were 50 members but many weren’t active anymore. No one was coming in. The club wasn’t far off closing.

“Of our current membership, about 80 people regularly play including six or seven juniors. It’s busy most of the time. We just want to keep it going.”

Thanks to a £2,000 pot of cash from the County Durham Foundation’s Culture and Sport Small Grant Scheme, they can now play on two refurbished tables.

Mr Dye said: “We have had some fantastic comments about the standard of the tables now. People say it’s a pleasure to play on them. That means people come in more often and they put more money in the meter and that keeps us going.”

Some £4,416 has also been given to the club by the County Durham Community Foundation for work to the walls.

“We renewed the outside at the back ourselves and the £4,416 grant is allowing us to do more – it will pay for a further five sections and that will leave just two sections. We should be able to finance the rest ourselves.”

Luckily, one of the club’s members is a joiner.

Teesdale Wanderers Club runs as a co-operative and community benefit society, meaning all profits are put back into the building.

Members pay £15 a year and 50p gets them 20 minutes worth of light to play. Juniors pay £5 a year for membership.

Mr Dye said: “We want to make it cheap to play. If you were to join a golf club, for example, you would be paying hundreds of pounds.

“We get all sorts of people here – retired, professional people and juniors. Everyone mixes together.”

Previous improvements have also been carried out to the floor, lighting, wiring and heating.

“We’re very thankful to the County Durham Community Foundation for the latest grants.”

For details about the club, email teesdalewanderers