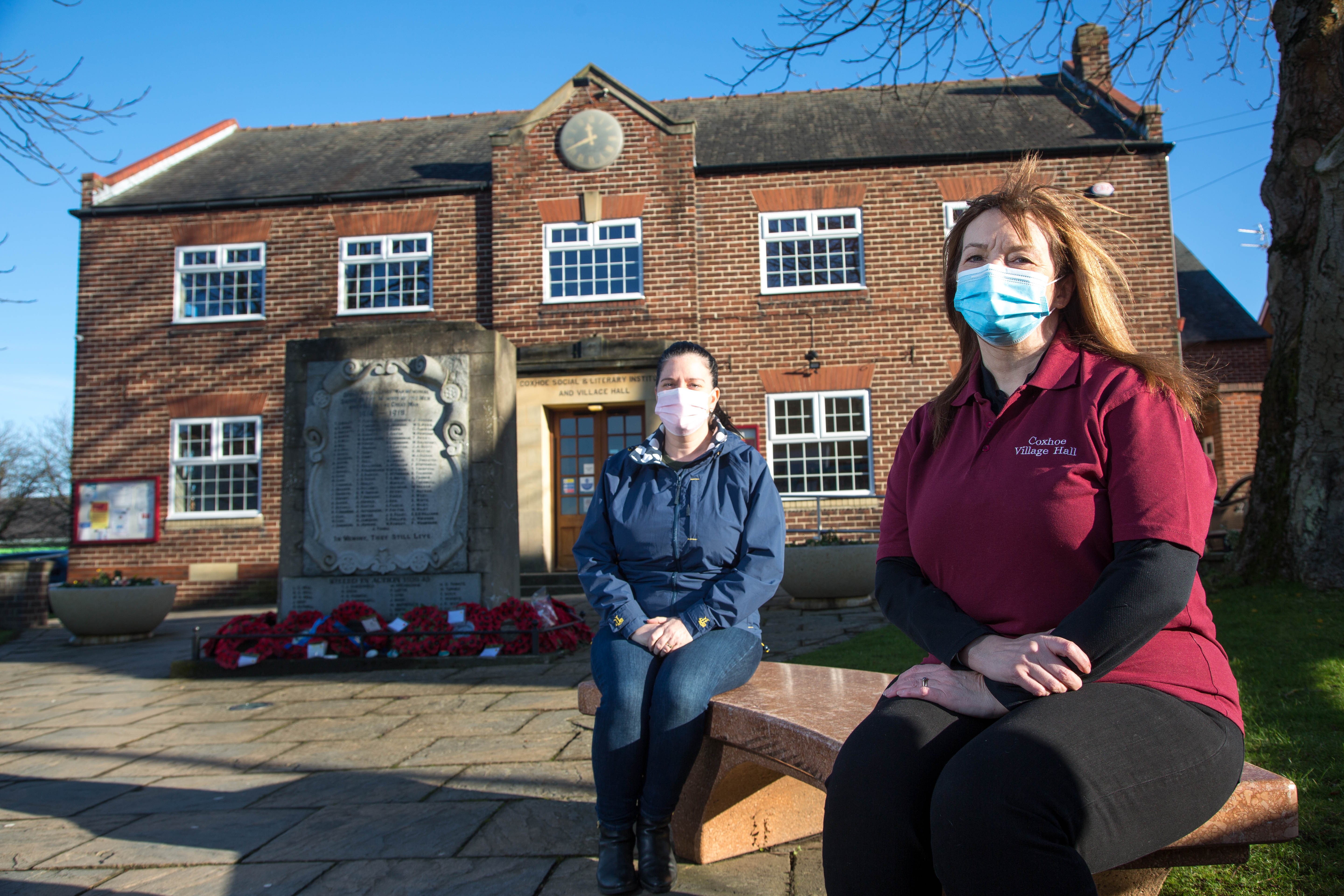 This #VillageHallWeek – we celebrate one community hub that is flushed with success after a grant from County Durham Community Foundation.

But until recently, not everything was quite so rosey on the inside.

Karen Williams, centre manager, said: “The toilets have not been up to scratch for a long time and the water bill is huge because the system leaks. Getting the toilets redone has made a massive difference and we think more people will want to use the hall for christenings and weddings in the future. It’s something that will bring our lovely Hall right up to the minute.”

Until last year, the Hall was well established as a busy community hub – with up to 500 people attending each week to take part in the craft club, waltz in the tea dance, browse books in the reading room and Zumba their way to fitness. Countless other activities kept the Hall open all day every day, but with lockdown came the inevitable closure, with staff placed on furlough and volunteers unable to help.

But despite the set-back, the Hall’s committee has high hopes and aims for the Hall when lockdown eases.

As well as updating the facilities, it has found funding to fit new windows, a new fire alarm system and is now working to improve access to the first floor. All of which should secure the Hall as an important part of a changing village.

Karen said: “There are several new housing estates in the village now, with families moving here for the commuter links and consequently the village is grown rapidly.  I think this is sometimes a worry for people who have always lived here and are Coxhoe ‘through and through’.  We see the village hall as a way to bring everyone together, so we don’t end up with that ‘us and them’ feeling. The hall can bring a sense of community cohesion and help tackle social isolation and loneliness.”

During lockdown, the team found new ways to reach out to the community.

Karen explained: “Our Parish Council is really good and they had things like shopping and prescription pick-ups covered, so we wanted to do something to make people smile.”

With 15 volunteers, the team delivered 300 ‘bags of cheer’ out into the community.

She said: “I know people have their pride so I thought we could do something like this and then if there was a problem, they’d know us and know they could ask for help. We had some lovely Thank You’s and it was worth a million pounds to see people so appreciative.  We had some scones and jam in there, puzzle books, I even tried my hand at poetry to try and make people smile.”

This year is the centenary celebrations of Village Halls Week – a national celebration of the 10,000 plus village halls which can be found across England, their volunteers and the difference they make to the communities they serve.

Like many others, Coxhoe Village Hall relies on its wonderful team of volunteers.

Karen said: “The village hall is special because you walk in and you feel all the people who’ve ever used it and loved it are still there somehow.

“These days, as well as our committee, who are all volunteers, there are also some truly stalwart volunteers: Carol, Rita, Ann and Ian. Without them we couldn’t function. Between them they run the ladies club, tea dance, reading room and craft club and social media, but they also help in many other ways.”

Thanks to these volunteers, and successful funding bids, the team is now looking ahead to the future – with many new activities in the pipeline.

Karen said: “We have funding for a men’s club, intergenerational sessions and family activities, carpet bowls, a food bank and pay as you can service.

“There are many people who’ve been furloughed who are not eligible for benefits but who still need support. Royal Mail, CWU Durham AMAL Branch Sports Social, the local Labour Party and our local school have kindly made donations, so we already have a room full of food.”

And though the team can’t celebrate Village Halls Week together, they are all looking forward to a time when they can once again open their beautiful Village Hall and invite residents in once more.

The history of Coxhoe Village Hall

Coxhoe Village Hall, as it is now known, began its life in 1910 when four cottages on the front street were converted into Coxhoe Temperance Institute with two rooms for billiards and rooms for reading and games.

This soon became too small for the growing community, and by 1913 plans were being made for a new building.

These were interrupted by World War I and the great depression, but by 1932 the community had raised funds for a new building. The site chosen was behind the cottages which were then demolished.