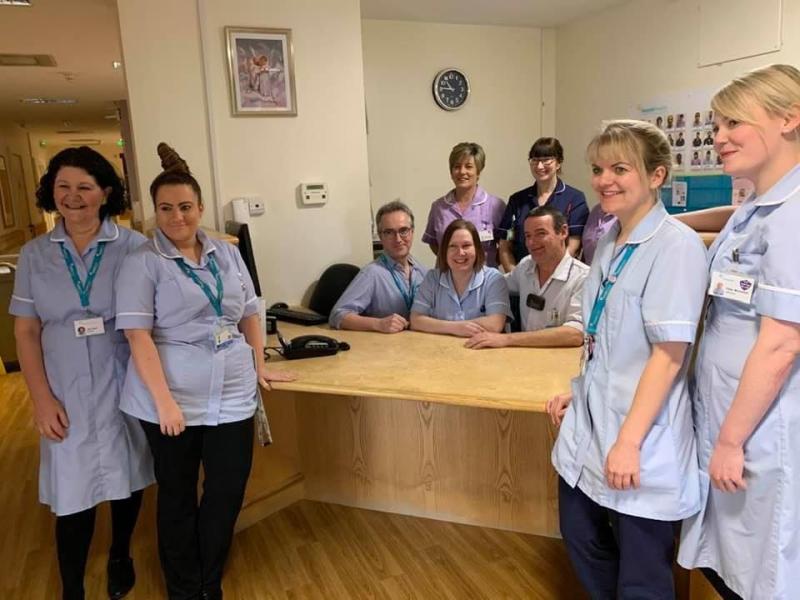 A Teesside Hospice is refusing to let the pandemic stop its care for people with terminal illness.

With a £5,000 grant from County Durham Community Foundation, the Middlesbrough charity has bought laptops, phones and revamped their website.

The team is continuing to be a lifeline for people living with cancer, COPD and other terminal illnesses through virtual support meetings.

Peer support groups have been able to meet twice weekly online because of the new equipment.

Kimberley Hunt from the Hospice said: “It’s not for everyone but for some it is definitely a lifeline. People are lost and frightened right now. When they can talk with each other it makes them feel less ill, because everyone understands what they mean.

The Hospice has also been able to run its Be in Control training. Designed for people with COPD, the training helps people to manage the anxiety and panic attacks brought on by breathlessness.

Patricia Boynton from the Hospice said: “The grant of £5,000 has had an enormous impact on service delivery. It has allowed us to buy laptops and mobile phones; enabling staff to work safely from home or socially distanced from each other in work and most importantly continue providing care to our patients.

When the pandemic began, the Hospice was forced to close its doors to meet government guidelines.

Using Zoom and medical software, Systemone Accurex, enabled them to keep up to date with patients and ‘meet’ with with new referrals.

Kimberley added: “It’s been so helpful to be able to see people. That really helps to build a relationship and I don’t think we could have done that with a phone call.”

Patricia added: “The grant has enabled our work to continue as without the laptops and mobile phones we could not have supported as many patients as we have done.

“Previously we only had two phone lines in the office and a few computers, so not all staff on duty could use them at one time.”