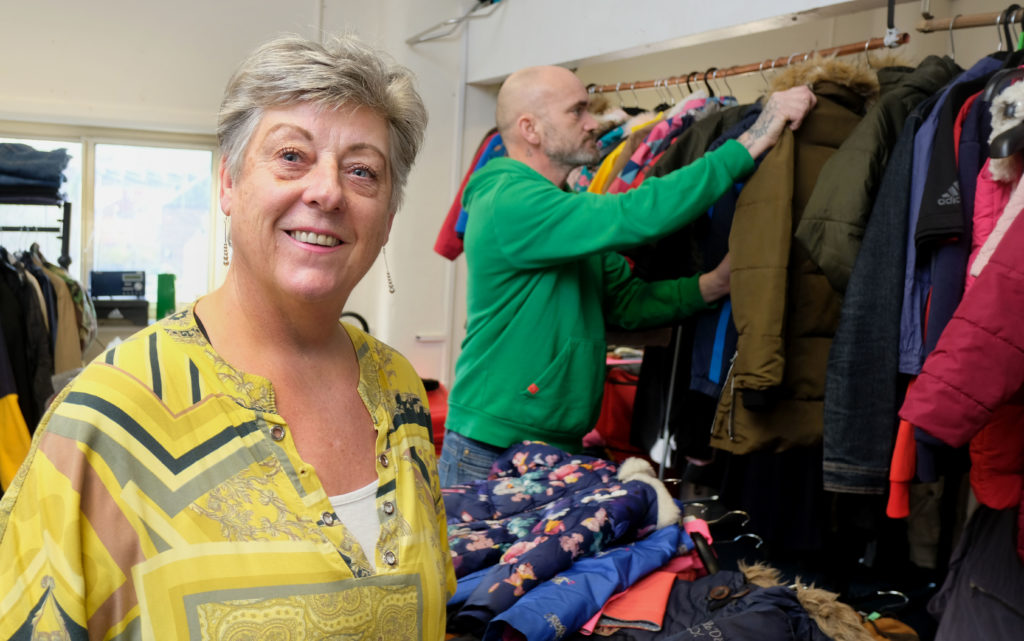 TEES – Together, Engage, Encourage, Support is one of Tees Valley’s youngest and feistiest charities – with a mission to help whoever it can.

When Tonia Nixon asked the young man sitting in the doorway of a building if he was alright, the truth soon came out.

He wasn’t okay. Not at all. He had somewhere to live, but it wasn’t anywhere close to being a home. Even the light fittings didn’t have bulbs.

Enter Tonia and her team of volunteers – who together run TEES (Together, Engage, Encourage Support) – a Tees Valley charity that never says no.

They furnished his home from top to bottom – with sofa, bed, bedding microwave and more. Soon, he became a volunteer, wanting to repay the team for the help he had received.

No such word as ‘no’

Although TEES, was founded to support women living with period poverty, the real focus is poverty of any sort. As their statement reads: “We support anyone with financial, emotional, vulnerability or crisis issues.” Another volunteer puts it like this: “Tonia won’t say ‘no’. It’s not in her language.”

Just before the second lockdown, TEES officially opened their new hub – a community centre with no heating on Diamond Road, in Saltburn. The hub is the base for many forms of help – a charity shop, clothing bank, the original period and incontinence poverty project and a baby supplies bank for mums who have fallen on hard times. A job club is also opening soon, and the team hope they can keep going through the second lockdown because of the essential nature of their work. Despite the temperatures, the centre is a hive of cheerful activity as people purchase affordable clothing (£1 per garment) and furniture (sofas for £25, but only to those who can afford to pay).

To tour the centre with Tonia is to understand how many people the charity has helped. Every item is going to someone, somewhere, who really needs it. She points to a box of nearly new baby clothes ready to go to a mum in need, then the collection of sofas: “I ask people where they live and I can tell them which one will fit through the door in that street. Other than that they pick what they want. This is about personal journeys with people. We don’t even talk about a lot of the things we do because people are embarrassed that they need help.”

County Durham Community Foundation gave TEES a £5,000 grant from the Covid-19 Fund, ‘the largest grant we’ve ever had.’ Swiftly followed by another £5,000 for building improvements.

Tonia said: “The first grant helped us set up meals for the young people who use Coatham House, then we knew people in end of life care with nothing, so we started helping them. I also knew people with addictions and knew they weren’t going to eat unless we knocked on the door. The team also supplied hand gel to organisations and bottled water to staff and patients at James Cook Hospital.”

Strikingly, many of the people helped by TEES then return to volunteer. Two volunteers started the clothes bank after Tonia helped them out, though they are too shy to accept praise, and wouldn’t appear in the photos with the town Mayor, Carole Morgan, who officially pronounced the centre open.

Tonia said: “The clothes bank was all their idea and they’ve set it up. I’m the godmother to their baby daughter now.”

One of the major strengths of TEES and Tonia’s approach is that they work with so many other agencies and support services. Tonia said: “I counted the other day and it’s up to 30 now. We work with the White Feather Project, East Cleveland Arts CIC, Coatham House, Saltburn knitters, The Chris Cave Foundation run by Theresa Cave…The reason we do that is because people know their patch and they can get access and help people that I wouldn’t be able to. There’s a lot of need in East Cleveland but it’s behind closed doors because it’s more rural.”

And with that, Tonia is off again, finding someone else to help. A volunteer mentions someone needing an item of clothing.

“Tell her she can come and have it for free,” shouts Tonia.