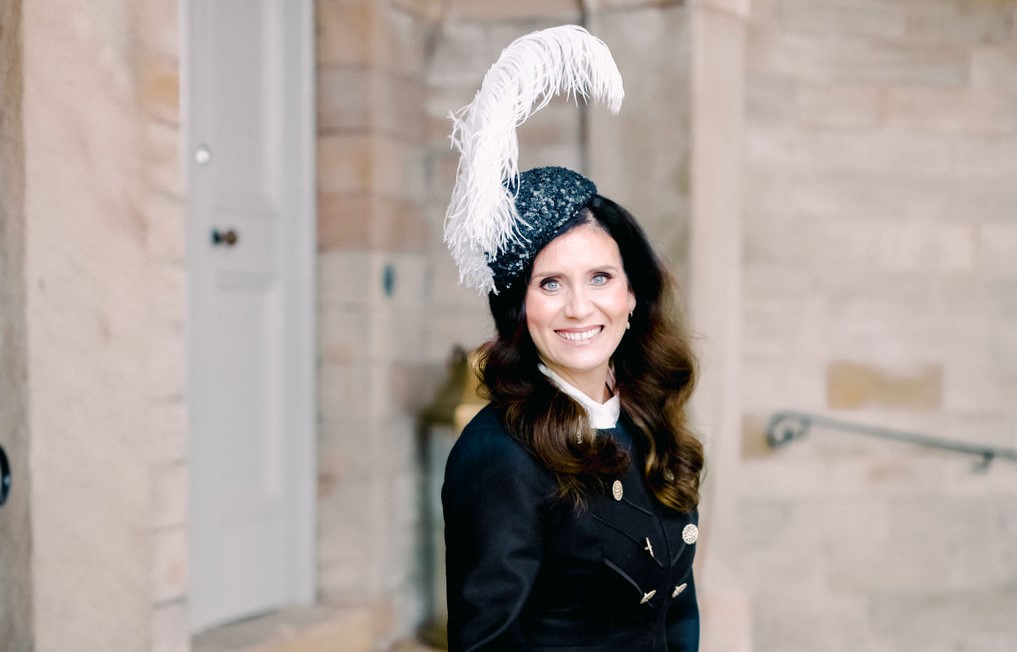 County Durham Community Foundation would like to welcome the new High Sheriff of Durham, Shona Harper-Wilkes. Shona has a particular interest in community projects that tackle domestic violence, and in bringing more diversity to the role of High Sheriff.

Shona is an entrepreneur, listed in the Who’s Who of Business Leaders since 2008. Her professional career started in marketing for a large blue chip company but by 2001, she had successfully founded her own company CCP, one of the North’s leading training practitioners and consultancies, servicing a wide range of blue chip and public sector clients both across the region and nationally.

Noted by OFSTED as being ‘the best of the best’ in the UK, as well as achieving a Grade 1 ‘Outstanding’ score, Shona was recognised across the UK for her expertise in developing innovative
qualifications and training programmes as well as for leading edge consultancy, research and
people development solutions.

She was a consultant for City and Guilds developing innovative employer-led qualifications , which were franchised nationally by DWP. CCP’s training and recruitment support was successful in moving over 4000 vulnerable and disadvantaged adults and young people into sustainable employment each year including ex-offenders and those working with Probation Services.

A regular judge for both North-East and national business awards, as well as the head judge for the NE Contact Centre Awards for 12 years, she is a regular contributor to industry press and a non-executive director on South Tyneside Council’s Regeneration Board.

Passionate about the heritage of County Durham, and an interior designer, Shona with her
husband John, set about the restoration of Lartington Hall near Barnard Castle in 2012 to
save it for future generations . Completed in 2015, Lartington Hall, with its stunning private
chapel and ballroom, went on the become one of the most sought after exclusive hire wedding
venues in the UK, prior to the Covid-19 pandemic.

In her spare time, Shona performs and teaches several forms of dance. From winning her first
competition at the tender age of 2 and a half, Shona has been a leading exponent of several
forms of dance including ballet, tap, Highland, Scottish County and Durham Clog Dancing. By
the age of 14, she had performed solo at Sadler’s Wells, the Royal Festival Hall and the RSC in
Stratford on Avon. As part of Alistair Anderson’s and Kathryn Tickell ’s Great Northumbrian
Road show, she has toured across the UK and internationally as well as being a founding tutor
on the innovative Traditional Music Degree Programme based at the Sage Gateshead.
Shona lives near Barnard Castle with her husband John and eight-year-old daughter Juliette .