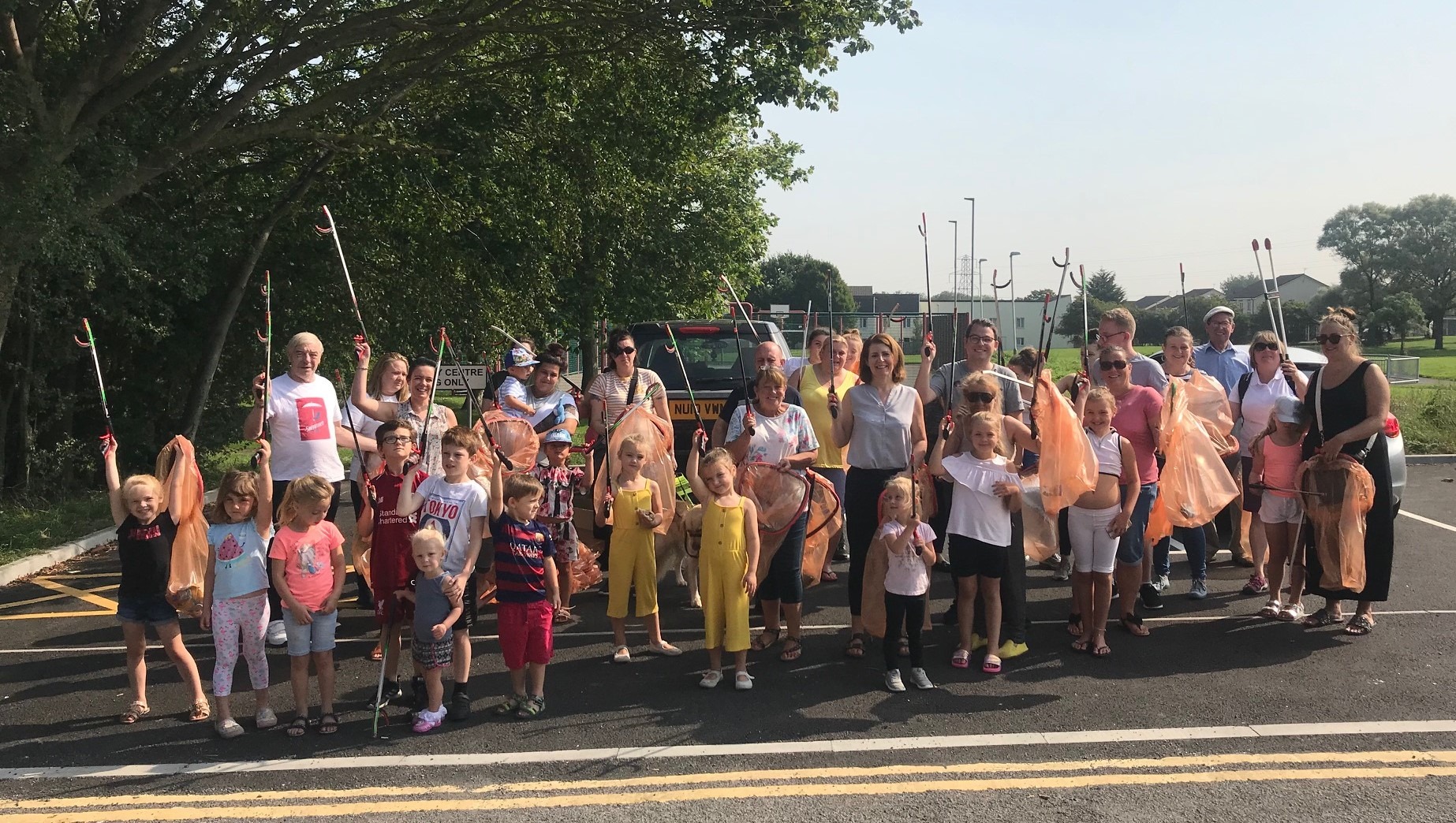 LUNCH is served thanks to a Darlington community known for its neighbourliness.

Red Hall Partnership has launched a thrice-weekly ‘meals on wheels’ project to support the elderly, isolated and vulnerable through the Coronavirus pandemic.

Red Hall Primary school, situated next door to the community centre where the partnership is based, has transformed its kitchens from making school dinners to cooking for those on the estate forced to self-isolate. School staff will also deliver the food, along with essentials like bread and milk, to those in need.

The project, which launches today, is one of the first wave to be funded by County Durham Community Foundation’s emergency response to Covid-19.

Sarah-Jayne Small is secretary for the Partnership and has worked within the Red Hall community for 17 years.

She said: “We knew what we wanted to do because we had some funding just before Christmas to do a three-course meal for some of the older people on the estate, who then stayed to watch the primary school’s nativity. For one woman, it was the first time she’d been out of the house since June because she was recovering from a fall. She came with her husband and said she couldn’t thank us enough.

“When the Coronavirus arrived we knew we had to help and we had the idea but we couldn’t afford to do it. Margaret Vaughan from the Foundation rang to see if we were Ok so I told her and she encouraged us to apply. It’s been amazing to be part of this – just fantastic.”

The Partnership were awarded £3,740 to deliver tasty, homemade food to 60 local residents.

Sarah-Jayne said: “We’re really lucky to have such a great relationship with the school. Lots of the parents are also volunteers for the Partnership and we’re right next door, so it works really well for us.

“The school is open for the children of key workers but they do have staff who are able to make the project happen and they’re already DBS checked and know all about safeguarding so the community can trust us to do this. They’re going to knock, put the delivery down, then go back to the gate to check the resident is Ok and gets their parcel.

“One woman, who lives in Australia, saw what we were doing on Facebook and asked if we would support her mum, who lives alone on the estate. I think it’s a real relief for her to know that her mum will get some good meals and someone will check she’s alright.”

The Red Hall estate was built in the early 1970s and was meant to be temporary housing. There are around 600 houses on the estate and a £17million regeneration project was concluded in 2017.

Sarah-Jayne added: “There’s one road in and one road out and traditionally it is quite isolated from the rest of Darlington.

“But I get really cross when people talk down about Red Hall. The people are amazing and there’s a community spirit you don’t see in many other places. For that, I take my hat off to them.

“How many people can say they know their neighbours? But everyone at Red Hall knows each other and all of the children play together.

“The people who live here are taking hold of this project because they really care.”

Michelle Cooper, chief executive of the Foundation, said: “We knew, we absolutely knew, that community groups like Red Hall Partnership would spring into action if only they had the means to do so, which is why we started our own emergency fund and are so pleased to be distributing money raised by the National Emergency Trust’s appeal.”

County Durham Community Foundation has been awarded £100,000 from the National Emergencies Trust fundraiser, as well as raising more than £122,000 through their own crowdfunder appeal.

Around £80,000 worth of grants have been made by the Foundation in one week to 15 groups, with more being approved every day.