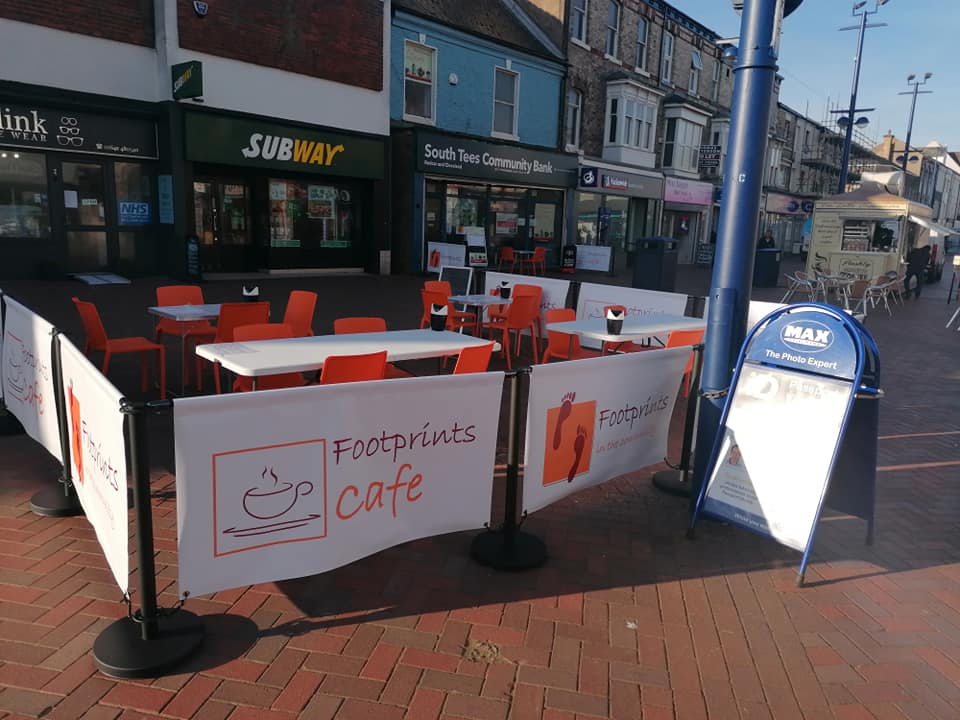 A Redcar community café has re-opened thanks to funding from Dogger Bank Wind Farm – a joint venture between SSE Renewables and Equinor.

Footprints in the Community has been a community hub for years, and a vital food bank for the town since 2013.

A grant of £2,250 through the Foundation from the Dogger Bank Wind Farm fund has helped the café welcome visitors in style.

Founder Ruth Fox said: “This funding came just at the right time; we knew we had to get the café back open but with new government guidelines and new restrictions this wouldn’t have been possible indoors.

“Now we have new banners and more seating arrangements, people know we are here and we have been very popular over the last few weeks.

“We have many volunteers who wanted to come back and help others. One volunteer had been isolating due to health issues. When she returned she said it was great to be back and to help others again. ”

Footprints in the Community has 200 volunteers, 11 staff and runs 10 community projects.

Its café was launched in 2011, based in a local church hall.  At first, it opened once a week, but quickly became a popular place for people to enjoy a healthy, affordable lunch.

Over the next few years demand increased for the Redcar and Cleveland charity and in 2019 it partnered with South Tees Community Bank. as a result, joint premises were found on Redcar High Street and the café began to open six days a week.

And in the last year, the foodbank project has supported more than 7,100 people.

Ruth added: “The café has made such a difference to the people in this community. We were approached a few years ago by a lady who was struggling to feed her children. We provided support, and shortly after she became one of our volunteers. Now she is a member of staff.

“It is helping people like this that really makes motivates us. We want to help everyone.”