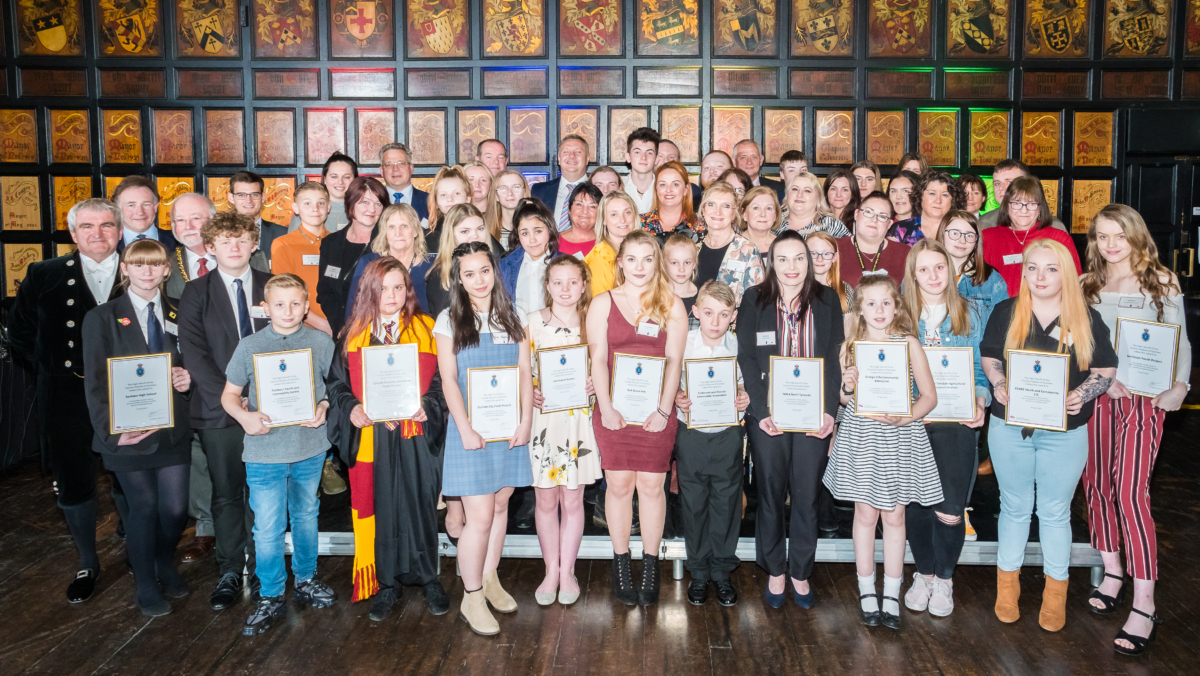 A host of organisations supporting young people in the North-East shared £13,000 at a prestigious awards ceremony on Wednesday 3rd April.

It was the biggest sum ever handed out in the history of the High Sheriff Youth Awards. The awards were presented to voluntary and community groups and registered charities whose projects focus on work with young people ranging from 10 to 21 years old, covering areas such as sport, the arts, mental health and young carers.

Awards were handed out to 12 organisations by this year’s High Sheriff of Durham, Dr Stephen Cronin who described it as “a fabulous occasion”.

The ceremony took place in the magnificent setting of Durham Town Hall with a Harry Potter theme. Guests were welcomed by Hedwig the owl, experienced up close magic and were then able to enjoy the awards ceremony followed by a Hogwarts’ buffet. Entertainment was also provided by one of last year’s winners, Karen Liddle School of Dance.

The event was organised by County Durham Community Foundation (CDCF), in partnership with Sir James Knott Trust, and with the support of, Durham Constabulary and the Office of the Police, Crime and Victim’s Commissioner, Ron Hogg, Charles Stanley and UK Steel Enterprise.

It was attended by a host of civic dignitaries, including the president of CDCF, Sir Paul Nicholson, the High Sheriff for 2019-20 Peter Candler, Deputy Chief Constable Jo Farrell, Chief Fire Officer Stuart Errington and many local Mayors.

Michelle Cooper, Chief Executive of CDCF said “We are lucky to have so many brilliant organisations supporting young people, helping to keep our communities safe and giving them an opportunity to demonstrate the confidence these awards give them has been fantastic”.