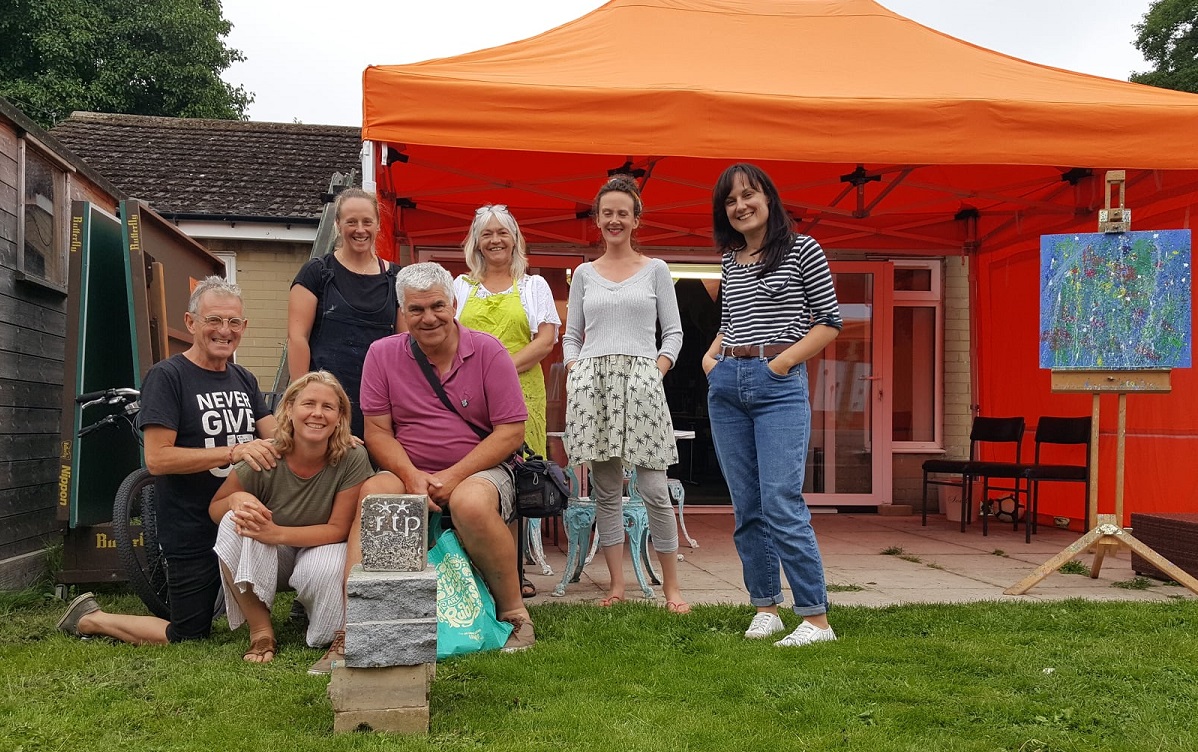 Today is World Suicide Prevention Day, so we are sharing the story of RT Projects – a wonderful organisation we are proud to fund, most recently through an NHS Connector grant. Read on to learn more.

Using art as common ground, one Durham project is saving lives through its own special brand of support.

Beano Flude and his partner, Emma, set up RT Projects twelve years ago to give people a safe space to talk about painful feelings in a warm environment with no taboos. The slogan is ‘Saving Lives with Art’ and it’s the truth. Many participants have said they would not be around if it weren’t for the project.

One-to-one, group and online sessions welcome people to try their hand at creating, while talking through their emotions and circumstances.

Beano said: “It’s good for people to be together and know everyone in that room has been through trauma. They don’t feel like the odd one out anymore, though I’m more and more convinced that there’s no such thing as ‘normal’. People only seem ‘normal’ when you don’t know them very well!

“Art works really well for us because it helps people relax, it helps them access a part of their brain they’re not always aware of, and it gives them a focus and self-belief. They see their art hanging in our exhibition and it’s undeniable that they’ve achieved something wonderful.”

Recently, the project was awarded just under £25,000 from the NHS Connector Fund, through County Durham Community Foundation.

Beano said: “The funding allows us to exist at a time when more people are struggling and finding other services have shut their door.”

RT Projects came from the horror of losing friends to suicide, and Beano’s own mental health struggles, but has blossomed into an island of hope for people on the edge.

Beano said: “People are elated by the atmosphere at RT Project. There’s so much positivity and laughter, and tears sometimes too, but that’s ok. It’s just glorious, and a very happy place to be, even though it’s such a serious subject.

“Our role is to be comfortable with the uncomfortable and listen when people say they want to end their life. We say ‘let’s talk about it’ and just take it from there.

“I hold my breath when I say it but in 12 years we have never lost someone to suicide, and the people we work with are on the edge. Just knowing they have one person to turn to makes the difference I think.”

RT Projects continued its work through lockdown. Shutting up shop was never an option.

Beano said: “Solitary confinement is one of the worst punishments, and that’s what lockdown was. People were denied human interaction and even now people are scared to hug or be near others. When you’re wobbly, or on the edge anyway, that’s really serious.”

Friday, September 10th is World Suicide Prevention Day – and with the effects of the pandemic still at play, Beano thinks it’s as important as ever to get the subject on the table.

He said: “I think things are changing. I’m hopeful that one day people can say they’ve been thinking of taking their own life and we can all talk about it with kindness and acceptance.

“Suicide is so complex, and people bereaved by suicide become much more likely to die by suicide too. If anyone we love dies, there’s grief. If it’s sudden, there’s the shock. But if it’s suicide there’s this endless, unanswered question of ‘why?’

I think the best thing we can do is talk about it, get it out in the open. If people say they’re having suicidal thoughts they are often misunderstood, or worse, ignored. And that has to stop.”