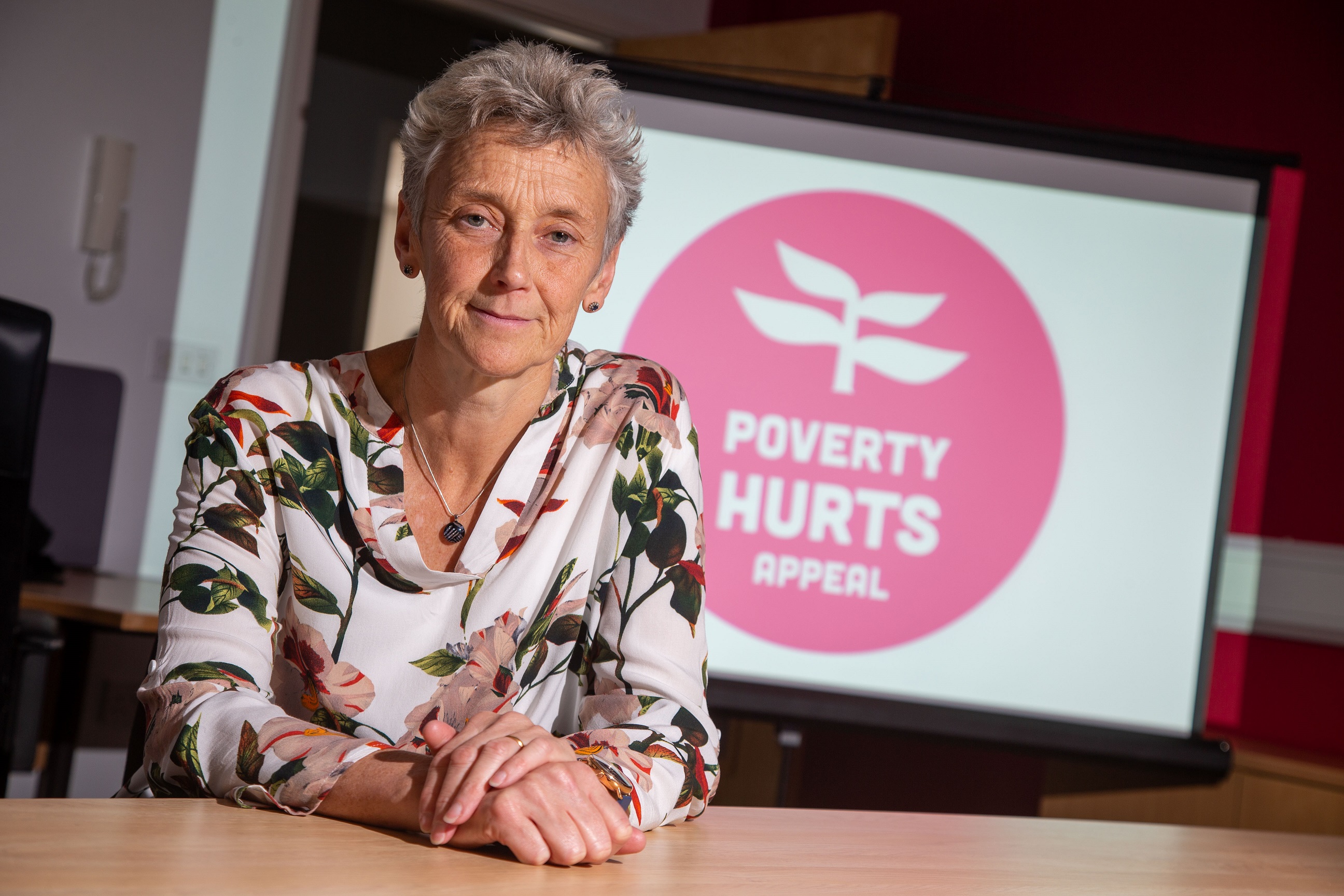 A charity boss has vowed to fight poverty in County Durham and Tees Valley after recovering from a life-threatening incident.

Michelle Cooper, chief executive of County Durham Community Foundation, launched the Poverty Hurts Appeal on Monday [October 4th] after battling back to health against the odds. Now Michelle and her team are hoping to raise vital funds to support families facing their own crisis against the added strain of poverty.

A post-operation complication caused Michelle to suffer a stroke and lose the use of her legs. In a second blow, she was then diagnosed with cancer, and underwent chemotherapy and radiotherapy. Since then Michelle has undergone extensive treatment, learned to walk again and returned to her ‘dream job’ at the helm of the Foundation.

Michelle said: “To say it has been a tough year has been an understatement but going through this has just strengthened my resolve to see our region reduce poverty and thrive again. I keep thinking how much worse it would have been if my family were relying on a food bank or couldn’t afford our heating bills.

“There are so many people fighting their own battles but if we stick together we can make sure more children have a better shot at school and senior citizens don’t have to choose between heating or eating.”

The Appeal was launched in response to devastating regional statistics around child poverty, fuel poverty and excess winter deaths.

Michelle added: “With Ofgem intending to lift its cap on energy prices for the third time this year in October, the end of the furlough scheme and the Universal Credit top-up scheme,

we hope that County Durham Community Foundation can bring our generous community together to support children and disadvantaged people affected by these changes.”

One in three children in the region now live in poverty, according to research by Save the Children. Staggeringly, some areas fair even worse. with around 46% of children in Middlesbrough classed as living in poverty. Meanwhile, most recent data for excess winter deaths show 328 were recorded in Tees Valley and a further 230 recorded in County Durham. Excess winter deaths are the rise in the number of deaths in the winter months compared to the warmer months of the year and have been strongly linked to colder homes where fuel poverty is a problem.

A report released in September by the Northern Health Science Alliance showed the devastating impact of the pandemic on people across the North of England. The mortality rate due to Covid-19 was 17% higher than the rest of the country, the unemployment rate was 19% higher, and the North experienced a larger drop in mental wellbeing, more loneliness, and higher rates of antidepressant prescriptions.

Michelle said: “The statistics are just brutal, but I know that behind each number is a story of suffering that’s even worse. Our hope is that the Appeal will being some crucial support and relief to families and the elderly as we approach the winter months.”