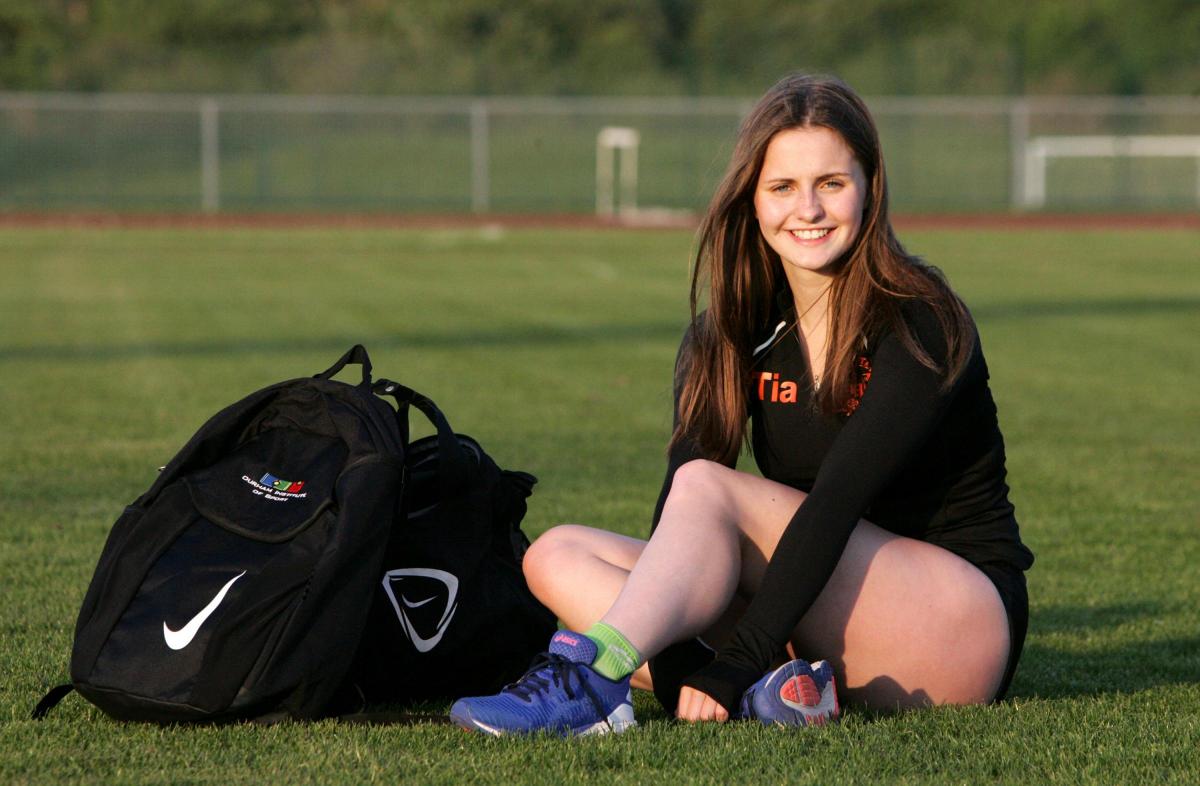 Tia never used to run as a child, as she had bad legs and had operations on them when she was eight.

When she was ten her mum and dad decided to take her to the running club and she ran her first competitive race at Middlesbrough for the Sedgefield Harriers when she was 11 .

In 2018 Tia applied to the Community Foundation for funding towards costs associated with competing at all high standard events throughout the United Kingdom. Tia was awarded £1,000 and last month broke the 28 year old record of Allison Curbishley’s North-East Under-17 300m record of 40.15 seconds.

“With my success it has helped me promote the village where I live, St Leonards the school I attend and I have gained a positive image in sport with me being an ambassador with my athletics. My running club has gained new members with young people wanting to train at the club.

I have a excellent relationship with the foundation and my parents send regular updates with information on my progress. I would like to meet the donors and also invite them to see me compete in races one day.”

All this success would have not been possible without the continued support from the donors at the foundation.