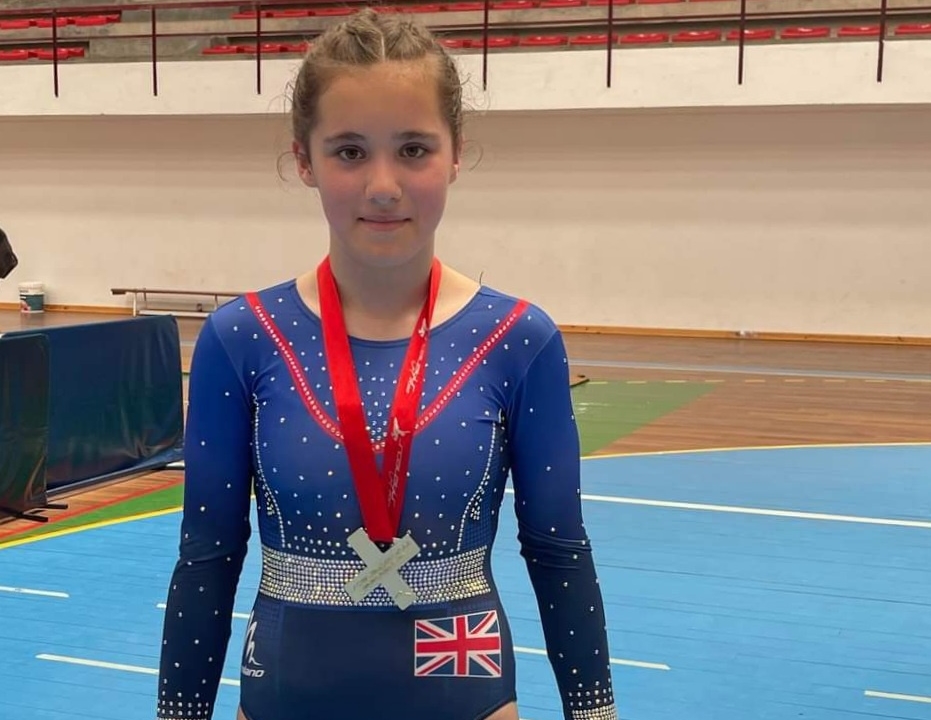 A Durham youngster has tumbled her way to a gold medal.

Grace West, aged 11, won the top spot at the Scalabis Cup in Portugal in the sport of Tumbling in early July.

Grace, who attends Durham City Gymnastic Club was invited to attend the Great Britain foundation squad back in 2021. Her talent and drive quickly led to an invite to join the GB development squad.

Following her move she gained her first GB call up and competed in Portugal earlier this month.

The cost of the trip to Portugal, including kit, is £1200 and must be raised by the gymnast’s family.

A small grant of £1,000 from The Banks Family Fund managed by County Durham Community Foundation helped towards travel, accommodation, entry fees and uniform.

Grace said “I am so happy to have received this money as it has helped me accomplish a dream of mine I have had since I was a little girl.

“When I am doing my tumbling, I feel the happiest as it is what I love doing the most. Me and my family are very grateful you have helped us, as tumbling is a very expensive sport.”

Grace fought off competition from 23 other competitors to win the individual gold medal and helped the GB team win first place in its team event.

The committed athlete has now set her sights on becoming the British Champion in her year group and ranking number one in the country.

Lucy Hinds from The Banks Group said: “We are very pleased to have been able to support Grace. At such a young age, having represented her country at an international level is truly inspiring. Her talent, enthusiasm and commitment was clear in her application along with the support she has from family who must be extremely proud of her.”