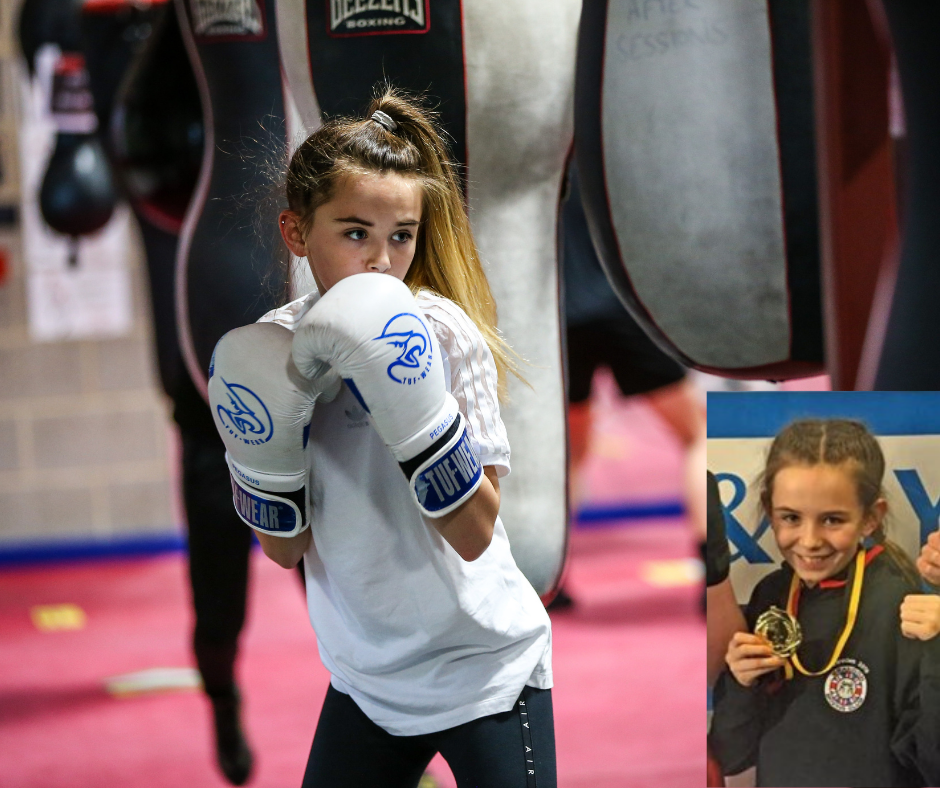 Since 2013, County Durham Community Foundation has supported Brandon Boxing Club with £22,400 in grassroots grants. The club is known for encouraging homegrown talent, and one young boxer is making her mark.

From the age of five, Grace Kenny has been a member of the Brandon Boxing Club.

Now 12, Grace is competing abroad and winning gold medals for her village.

Grace has always had a love for sport and trains three nights a week at the club. Along with her friends and coach ‘Granda’ Stu, Grace is often found training at the club.

Grace’s Grandad, Stuart, said “The club is more than just boxing. It brings good discipline to the kids. Grace is a well-mannered young girl who has a good nature and always gets good school reports. She has made great friends at the club. The club is like a family. We have trips away and most recently we all went to Ramside Hall Hotel for the Lip Sync battle event. All the young boxers had a great night and a good laugh together.”

In February 2019, Grace was invited to compete in the biggest female competition in Europe -The Golden Girls – in Boras. Grace travelled with her friends from the club, Frankie and Megan. As it was Grace’s first competition, Megan took her under her wing and all three girls brought back the gold medal for their home village of Brandon.

Stuart said: “This was one of the best experiences Grace has had through the club. They were competing against some of the best in the world and out of the 40 countries, the Brandon competitors were third, which was a fantastic achievement.”

When lockdown happened, Grace continued to train at home and was delighted when the gym was able to re-open – with a grant through County Durham Community Foundation, from the National Emergencies Trust.

Stuart said “The first night it opened back up the smiles on everyone’s faces were great to see and all the young girls were chatting like a group of old women as they had all missed each other so much. The club is a big part of Grace’s life and it really is the heart of the community. Grace wants to become a professional boxer when she is older and I know by her being part of this club she is in the best hands, and has the best opportunities for this to happen.”