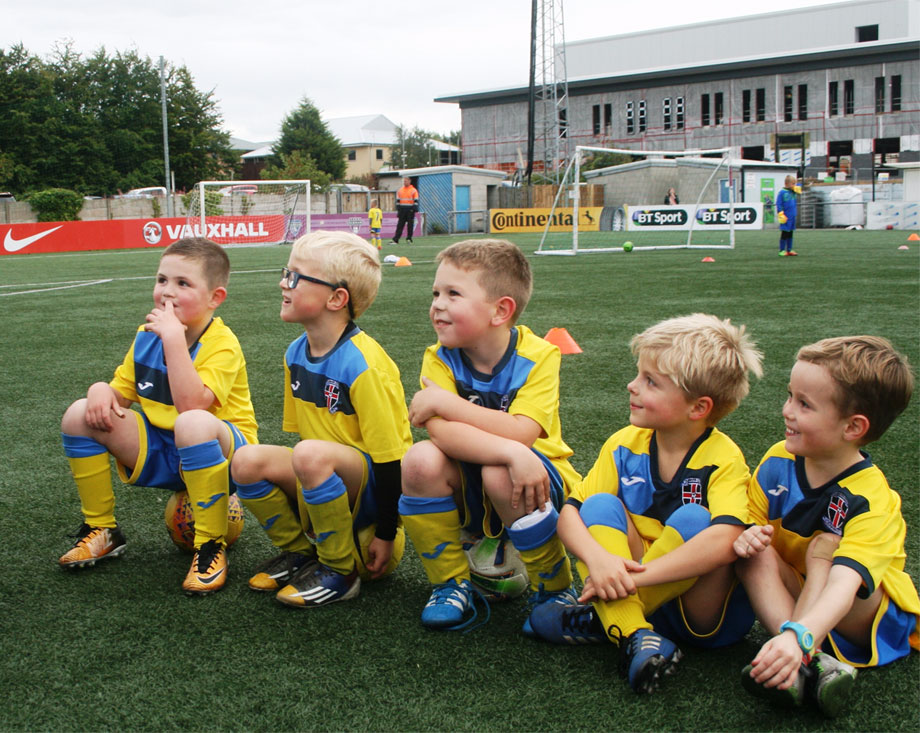 As part of the rebuilding program Durham City Football Club announced that they have now adopted an existing Junior club with 15 teams aged from under 7’s to under 16’s.
This is part of chairman Olivier Bernard’s plans to make Durham City a community football club which can offer youngsters in the area the opportunity to develop and play football in a family environment.

The current rental of the training facilities is costing the club almost £15,000 per year. On top of this the club provide football strips and training tops to all of the children to make them feel part of a team.

The club applied to us for funding to help towards their running costs and were successful in a £1,000 grant.

A grandfather referred to his 6 year old grandson being mad about football and desperate to join a team. Having heard about Durham City Juniors from school, him and some friends went to a training session and were made to feel welcome. The children were of the same age and the coaching was excellent. It was informative and fun and my son now plays for the team and met so many new friends and feels part of a team.