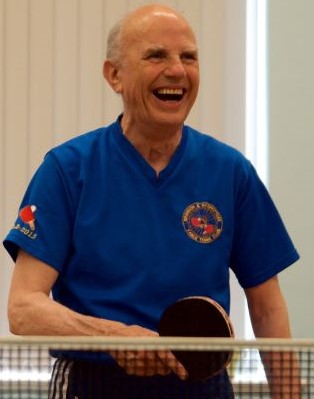 Brandon Table Tennis Club which was established in 2013, has grown and developed to the point that it needs more time and space for its activities than is available.

The £5,000 grant funding we received from CDCF  gave us our first big ‘leg up’ and helped pay for our first 3 new tables and other equipment, hall hire fees and some coaching sessions for our members.

We now have over 100 members and operate sessions every day of the week except Fridays currently. Many members play for social and recreational reasons only, but we also have 6 teams competing in the Sunderland League and 2 in Northumbria. The Club has rapidly established itself as one of the leading table tennis clubs in the NE Region, and has also earned itself a reputation for having a friendly and welcoming atmosphere.

“As a result of the support, encouragement, and financial assistance received from you and other grant funding organisations, we now have ambitious plans to have our own purpose-built Table Tennis Academy, one of only two in the NE Region and about thirty in the whole of England, built to a Sport England design brief and in accordance with TTE’s Facilities Strategy, located within the grounds of Brandon Sports Club.

Many of these activities would not have been possible without the tremendous support we have received from many organisations and individuals, and in particular CDCF for their generous grant funding contributions. We are extremely grateful for your generous support.”